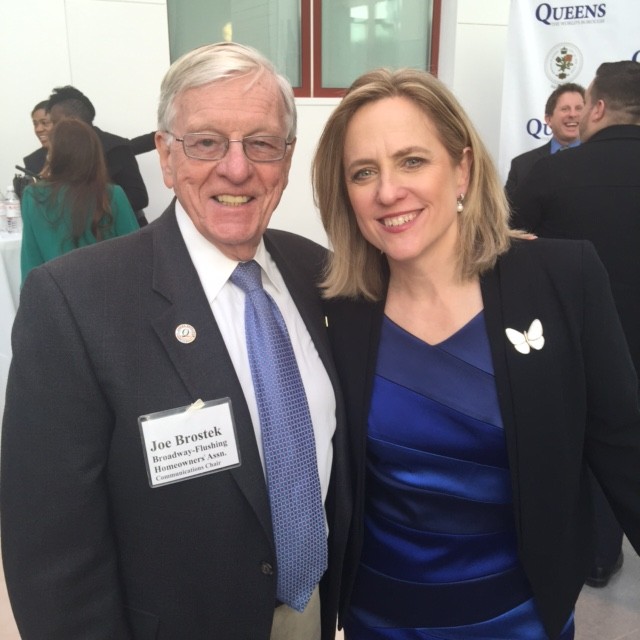 QUEENS, NY – Borough President Melinda Katz shared some of the milestones reached in the first half of her term in office and outlined the priorities for the future of Queens in her second annual State of the Borough Address, delivered this morning at Colden Auditorium on the campus of Queens College.

Building upon last year’s theme of “If It’s Good For Our Families, It’s Good For Queens,” Borough President Katz this year highlighted the ways in which the borough’s diversity is “an asset not just for Queens but for all New Yorkers.”  She cited the “inherent opportunity – by both necessity and design – to meet challenges with more creativity, more perspectives, and more innovation. And what may be Only in Queens today sets the template for our country of tomorrow.”

Among the policy areas discussed in the speech included Economic Development, Education, Housing, Parks, Tourism and Culture, Transportation and Constituent Services. A copy of the full State of the Borough Address as prepared for delivery is available at www.queensbp.org/speech-sotb-2016.pdf.

Immediately following the State of the Borough Address, guests enjoyed a brief reception with refreshments provided by Paul Evans Catering.

The 2016 State of the Borough event was partly sponsored by JetBlue Airways Corporation, headquartered in Long Island City, Queens.

Previous post: Thanks to All for Attending the Rally! Our Message Was Sent Loud and Clear to Mayor DiBlasio!