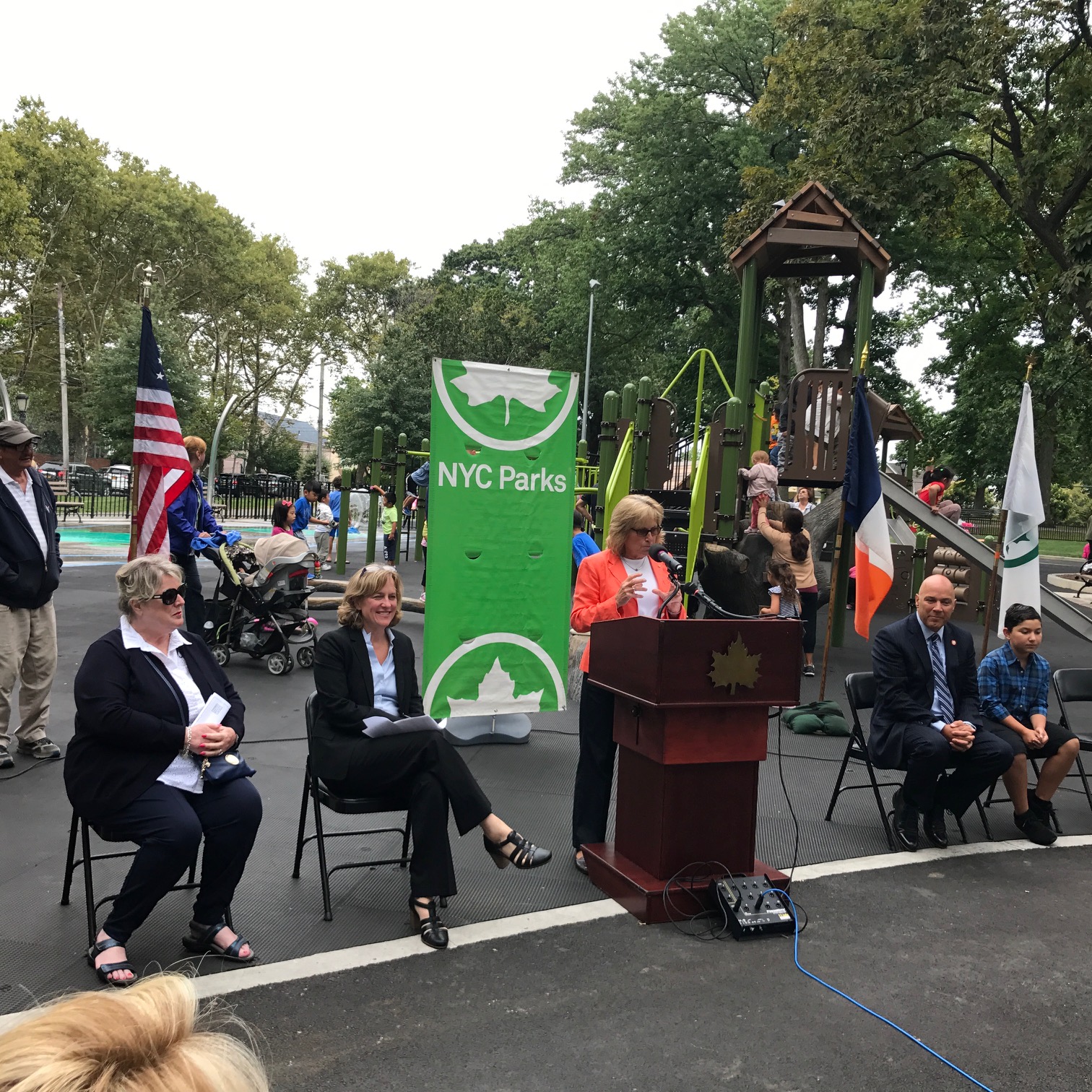 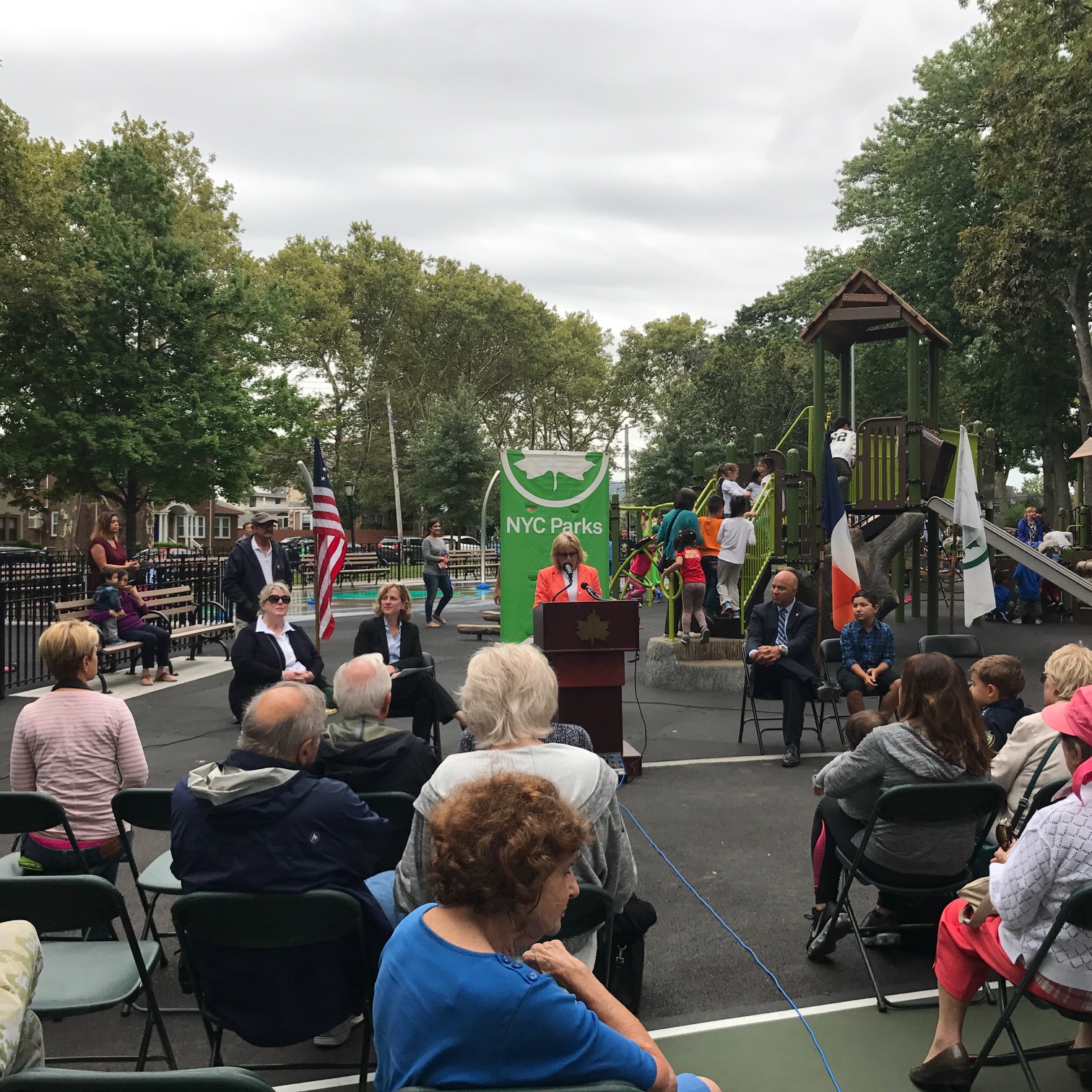 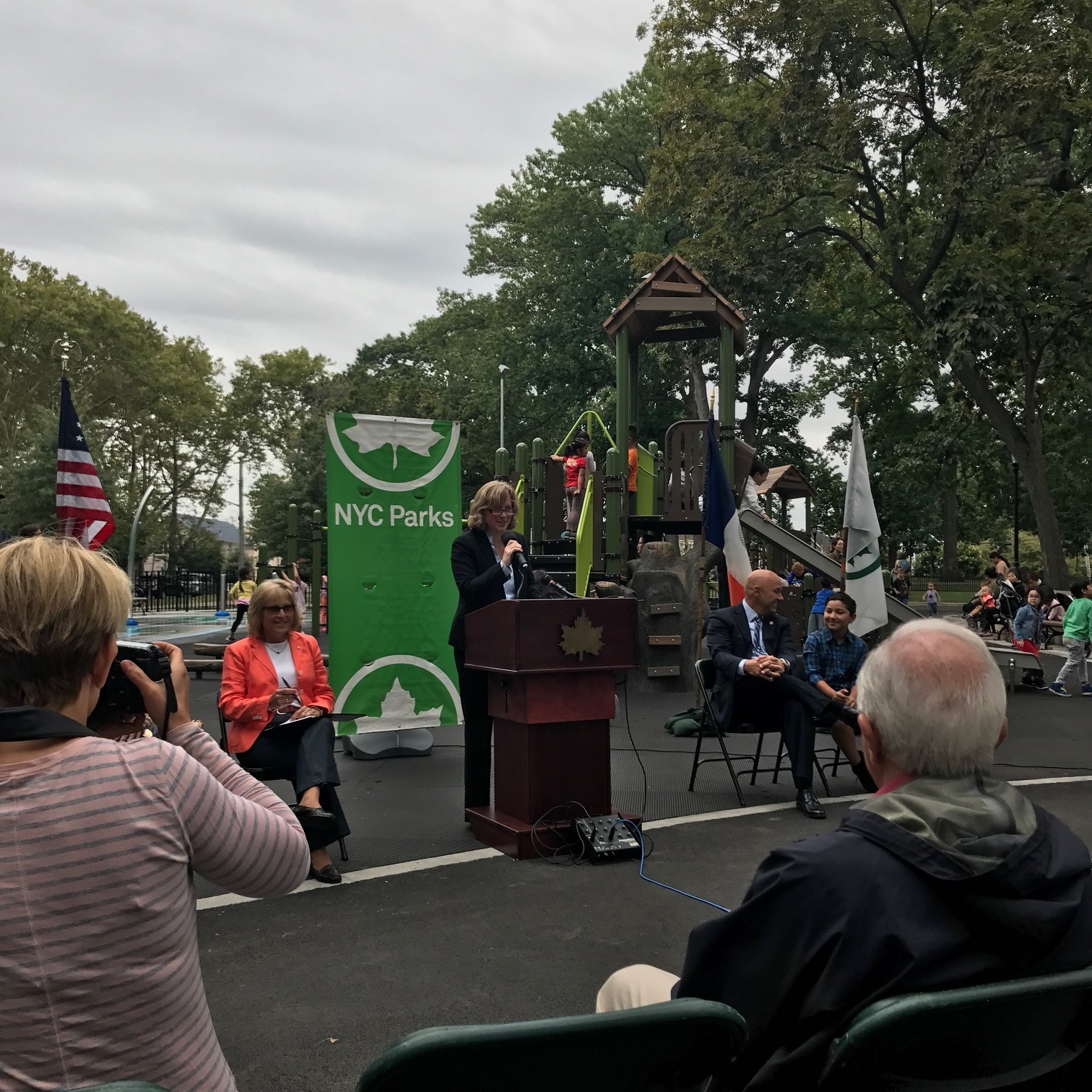 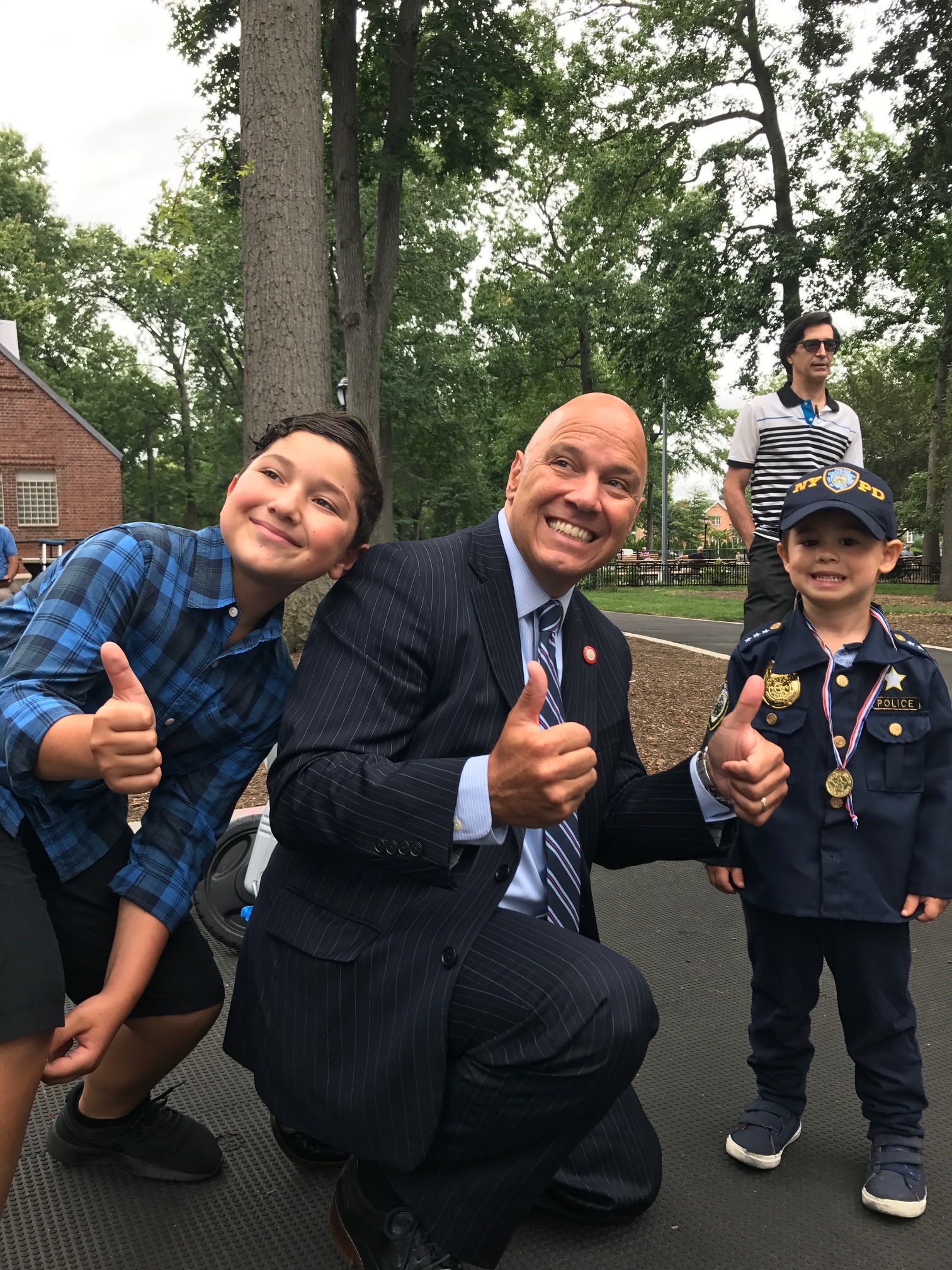 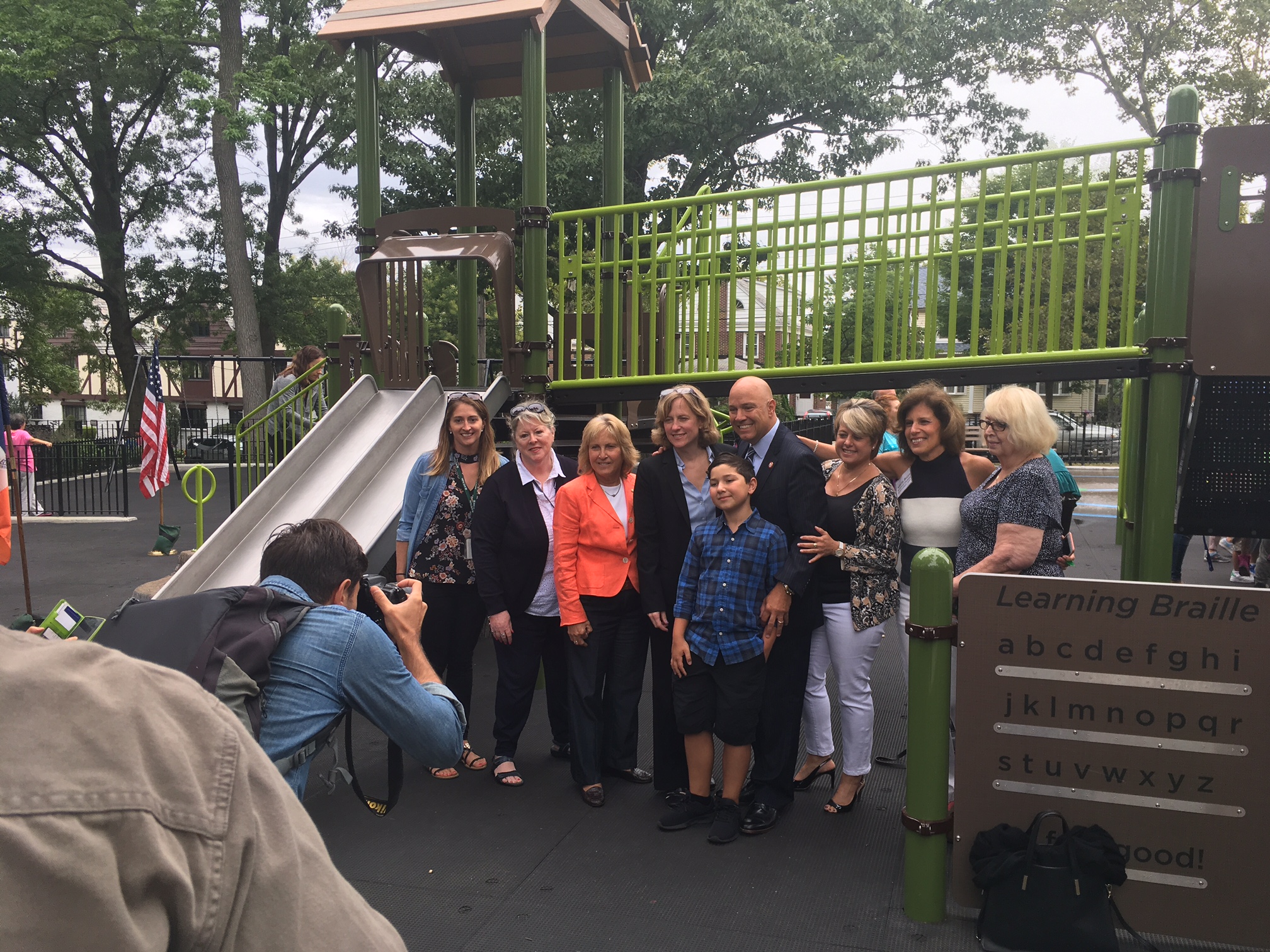 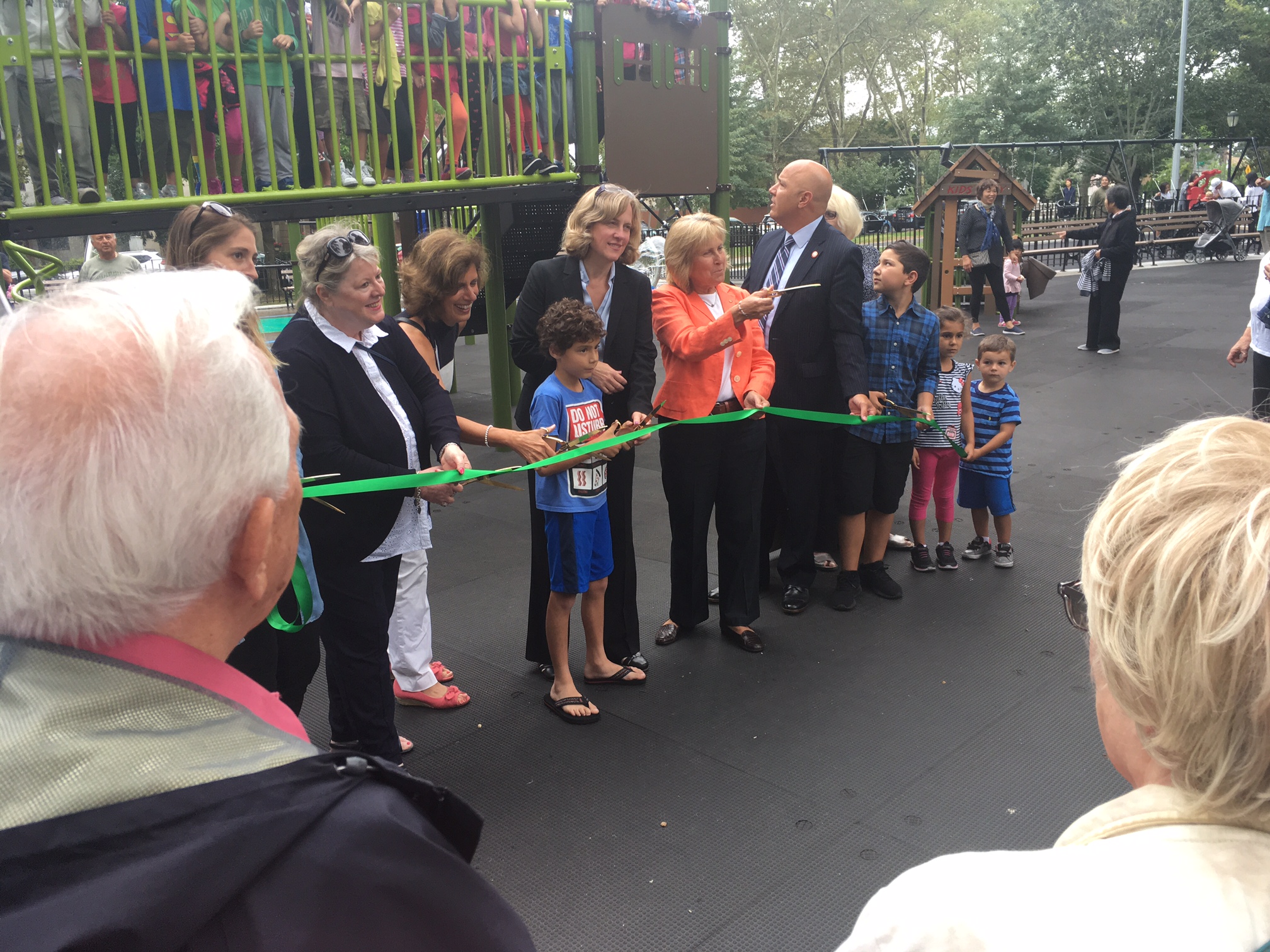 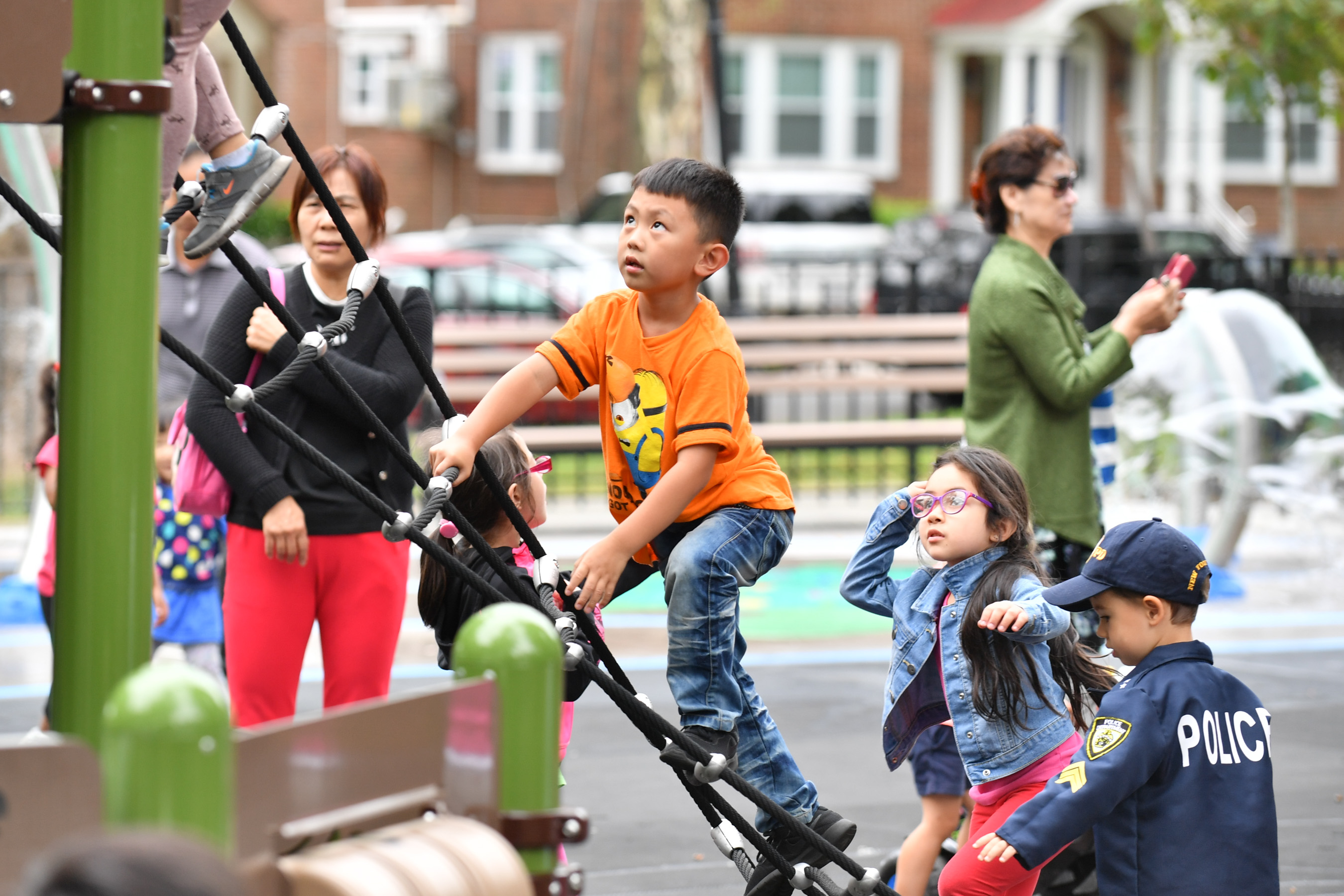 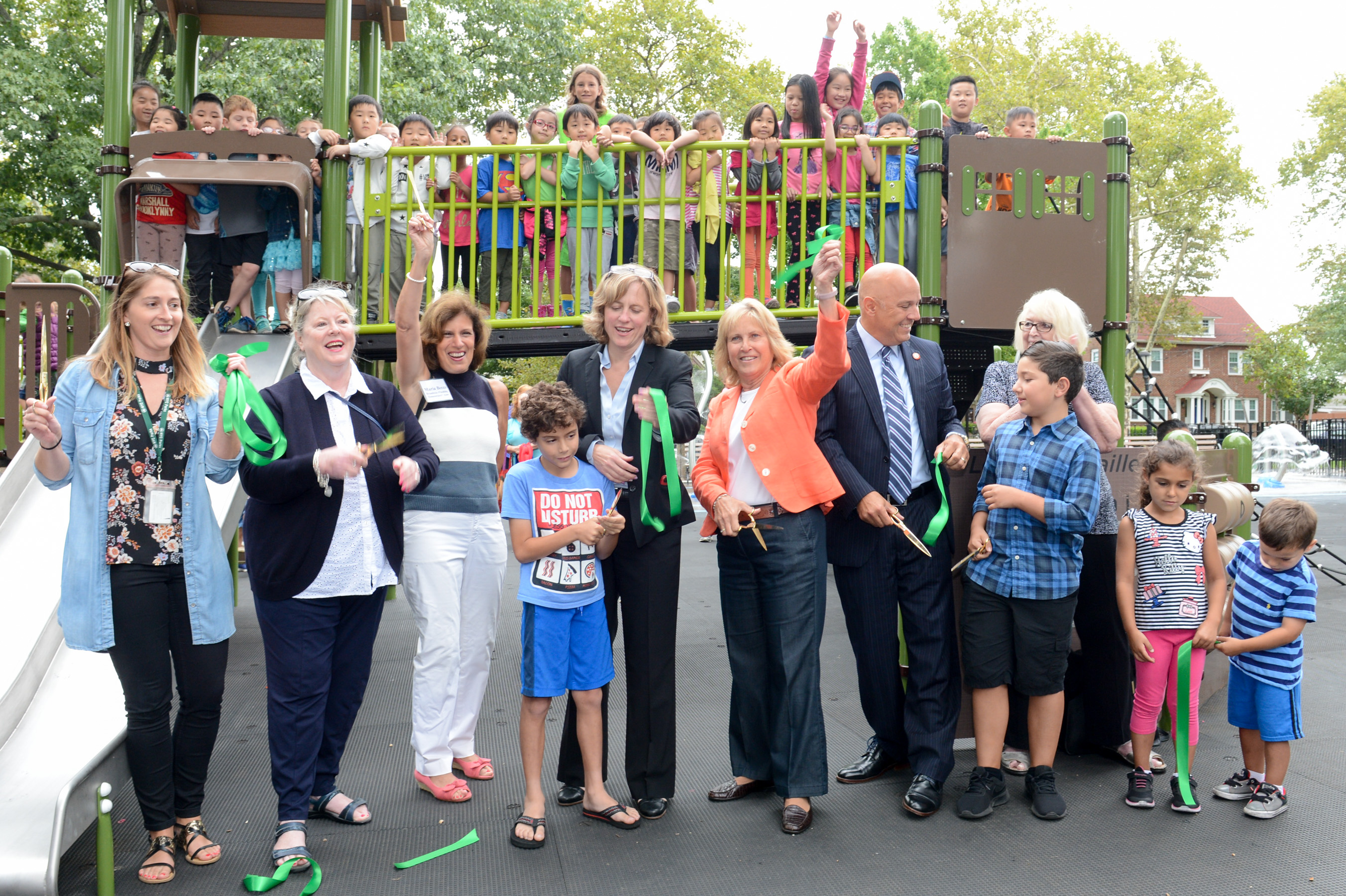 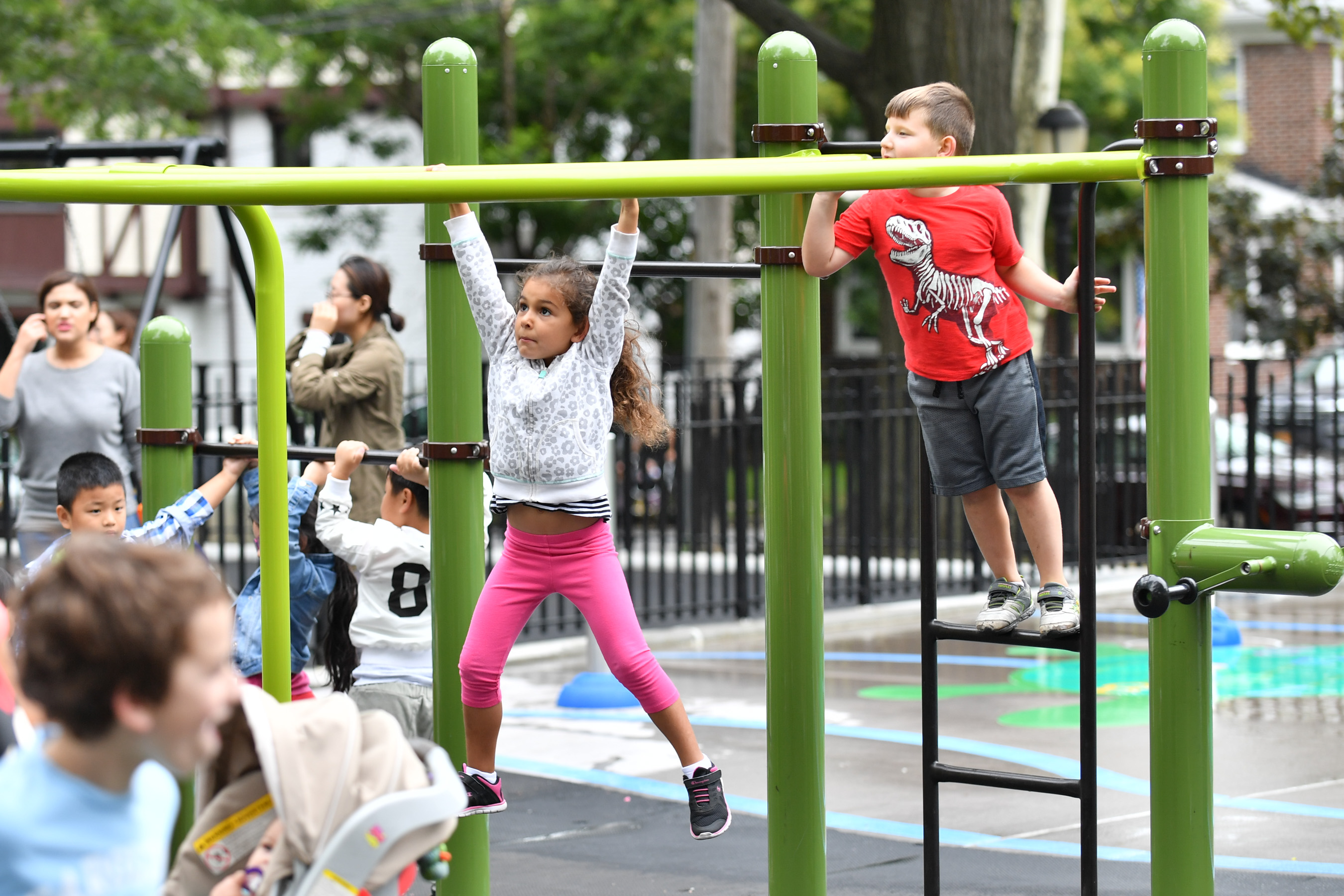 “The renovation of Bowne Park’s playground is imaginative and inspired, and the newly completed space is sure to be a hit with the countless young people who come here to play,” said Commissioner Lewandowski. “With a whimsical nod to the park’s wildlife, brand new swings and basketball courts, there are features for all ages to enjoy. We are excited for this new chapter at Bowne Park and thankful to our local elected officials for investing in this treasured space.”

“Bowne Park’s new playground and the future work still to come will revitalize this space and turn it into a jewel in which this neighborhood can take pride,” said Borough President Katz. “While the park has always been an oasis for generations, it has had its share of neglect. Now, thanks to the commitment of Council Member Vallone and Parks, North Flushing will have a better park to better serve the growing families of North Flushing.”

“It was great to stand with our Borough President, NYC Parks, and our community as we cut the ribbon to unveil the incredible changes and bright future for this wonderful park,” stated Council Member Vallone. “Bowne Park has always been a gem in North Flushing and these wonderfully inspired upgrades will ensure the park can be enjoyed by children and their families for years to come. We now turn our sights to the refurbishment of Bowne Park’s iconic pond and I look forward to working with the community and Parks to ensure this second phase moves swiftly.”

The newly reconstructed amenity features treehouse-inspired playground equipment for kids aged 2-5 and 6-12, and an expanded spray shower with a turtle theme to pay homage to the park’s popular native wildlife. Painted games, new swings and a full renovation of the basketball courts complete the project and offer expanded opportunities for recreation. New benches will be installed throughout the space to allow park visitors to take a seat and relax.

The Bowne Park Field House is also nearing completion, with the comfort station already open to the public, and the interior operations room set to reopen this fall. That project was funded in part by former Queens Borough President Helen Marshall, with additional Mayoral funding, and includes a complete interior and exterior renovation that will improve the functionality of the structure, while providing energy efficiency and full ADA compliance.

Bowne Park is an 11-acre gem in Flushing, Queens. The park features a pond which is home to a family of turtles, and is named in honor of Walter Bowne (1770-1846), who served as a State Senator and as New York City Mayor. A new filtration system for the pond is currently in the design phase.

Next post: AN INVITATION TO A NEARBY HISTORICAL EVENT FROM JOE BROSTEK