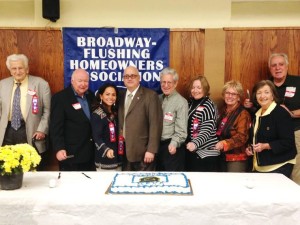 The event was held at the Church on the Hill in Flushing, where the group regularly meets.

Homes in the area were placed on the National Register of Historic Places and the New York State Register in 2006.